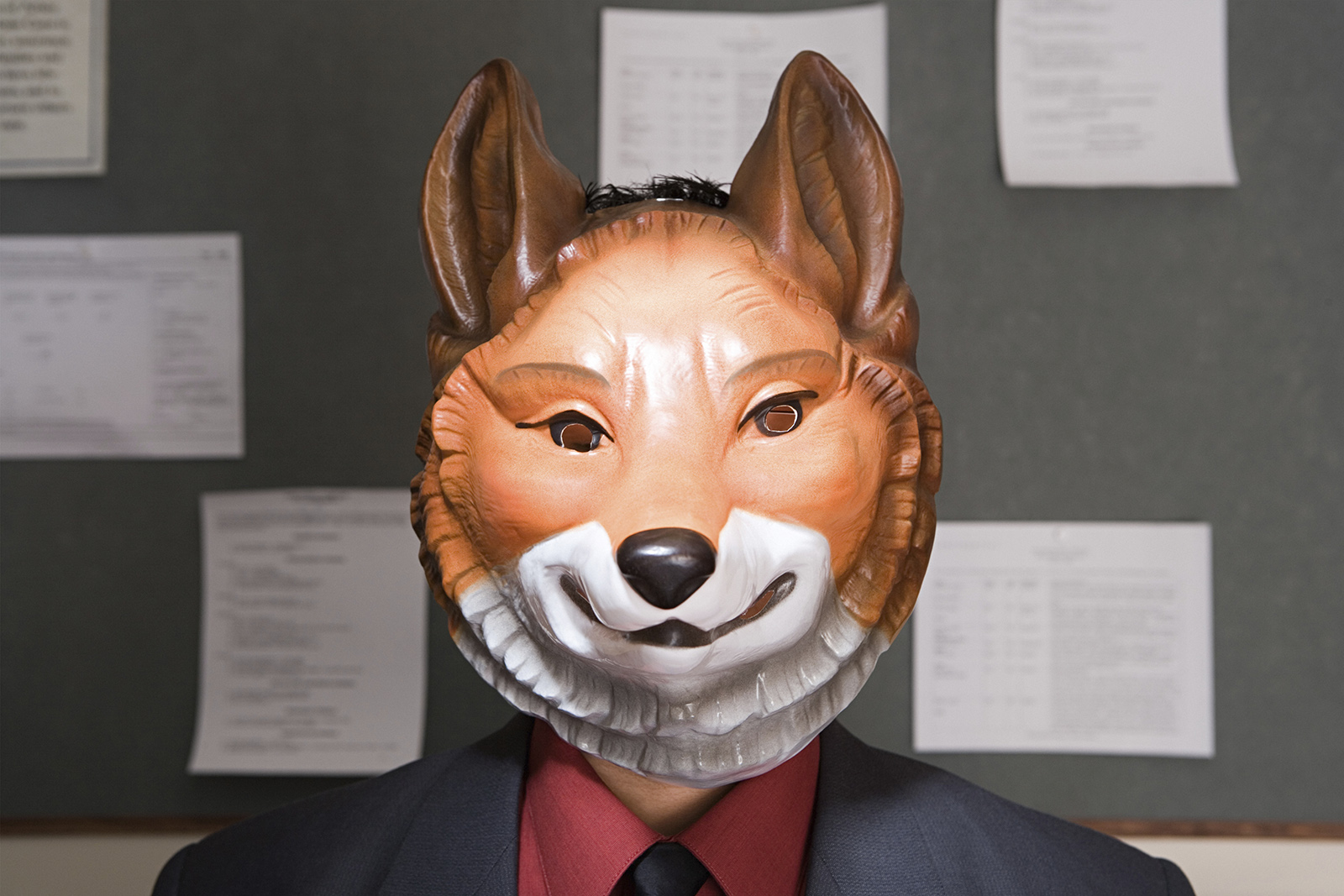 From debit card theft to widespread data breaches, malicious activity abounds on the Internet. In the early days of email, a plea for help from a Nigerian prince wasn’t as easy to ignore as it is today. Most people know that giving out your personal information to anyone who asks is a sure-fire way to invite disaster, but what happens when your identity gets stolen through Facebook, Instagram or Twitter? Over the last decade, cyber criminals have developed more sophisticated ways to tap into the general population’s gullibility and inherent trust in other people. These days, a popular trick used by pranksters and criminals alike is called “catfishing.” What is catfishing, and what can you do to avoid it? Online vigilance is critical.

Keeping the Rest of Us Fresh

The term “catfishing” or “cat-fishing” came into popular usage when a documentary of the same name hit indie theaters in 2010. In the film, a photographer from New York strikes up a relationship with a Midwest family, specifically one of the family’s daughters. When he goes to meet the girl, he learns that he’s been communicating with one woman, a so-called bored housewife who made up every detail in an effort to escape what she perceived to be a dull existence. Her husband explains the origins of catfishing online by comparing the practice to a shipping tradition. The Week reprinted a direct quote from IMDb.com:

They used to tank cod from Alaska all the way to China. They’d keep them in vats in the ship. By the time the codfish reached China, the flesh was mush and tasteless. So this guy came up with the idea that if you put these cods in these big vats, put some catfish in with them and the catfish will keep the cod agile. And there are those people who are catfish in life. And they keep you on your toes. They keep you guessing, they keep you thinking, they keep you fresh. And I thank god for the catfish because we would be droll, boring, and dull if we didn’t have somebody nipping at our fin.

One of the more chilling aspects of this tale is that the original catfish, Angela Wesselman, wasn’t pursuing an online relationship for personal gain or identity theft. Instead, she was simply bored. Unfortunately, victims of cat-fishing don’t have the luxury of laughing off these pranks. More often than not, they become emotionally, psychologically and sometimes financially invested in the scheme, only to discover that the person they thought they knew never really existed.

Catfishing, then, is defined as an act of willful deception. Anyone who uses a fake identify – a doctored photo, a false name, incorrect demographic information or other falsified records – to lure someone into a relationship for any reason is a catfish. It’s important to note the distinction between cat-fishing and self-protective measures, however. If you create a social media profile with a different name, hidden information or altered photos for the sole purpose of protecting yourself or your loved ones against cyber crime, then this is not an example of catfishing. Intent matters when defining catfishing online. A catfish seeks to cause harm in some form or another, and he or she will falsify information to achieve that goal.

The Profile of a Catfish

Catfish, also referred to as catfishers, can be anyone. As evidenced by the 2010 documentary and a subsequent MTV reality series on the subject, catfish come from anywhere, and there’s no typical profile that makes them easy to spot at first glance. This is what makes the crime so perfect and so dangerous to an unsuspecting public. There’s no single motivating factor behind a catfisher’s game. Some do it for boredom or a sick thrill while others pursue an online relationship for more sinister reasons, such as identity theft or monetary gain.

Catfishing online has become a popular sport because of its relative ease. There’s no system of checks and balances in place when it comes to social media. Few social sites offer the kind of rigorous security or background checks that come into play when opening a bank account or checking your credit score. Anyone can snag a picture from a free image site and build a website around a fake persona. Worse, anyone can lift another person’s real photo from a site like Facebook and create a new profile based on the image. But while there’s no way to prevent a person from creating a fake profile, there are ways to spot a catfish. The following red flags should help you keep your guard up:

Just as anyone can be a catfish, so can anyone become the victim of a cat-fishing scam. Most notably in recent years, football player Manti Te’o became a high-profile victim of online catfishing in 2013 when it was revealed that his long-time Internet girlfriend never existed, shedding light on the fact that not only is catfishing a current phenomenon, but it can also strike the least likely of people. At best, catfishing is a cruel joke. At worst, it’s a nightmare of identity theft and psychological torment.

The Sinister Side of Catfishing Online

Is catfishing really a big deal? After all, a girl who creates a fake Twitter account to trick her friends is hardly a criminal. It’s true that harmless pranks aren’t always a cause for concern, but in an age where anyone can be anything online, catfishing represents deeper issues of misplaced trust, vulnerability and gullibility. Beyond criminal activity like identity theft or monetary fraud, cat-fishing can be directly tied with another sinister side effect of online anonymity: cyberbullying.

Over the last few years, the news has been inundated with stories about people – usually teenagers – who fall victim to personal attacks and online bullying, which lead to devastating consequences in the form of self-harm and suicide. Catfishers don’t always look for relationships. They may instead seek revenge for a perceived slight. In these cases, the victims get lured into a friendly, platonic relationship, only to be manipulated into believing that they’re unappreciated or worthless. The bullying prevention site NoBullying.com reported that over half of teenagers had been victims of some form of cyberbullying in 2014, and 25 percent received repeated harassment via cell phone or the Internet. Sadder still, 95 percent of teens who witnessed cyberbullying simply ignored it. Childline, a UK-based counseling service for adolescents, reported that cyberbullying concerns were up 87 percent in 2013, and they continued to receive calls from depressed youths who didn’t know where to turn for help or support.

A common misconception about cyberbullying in general and cat-fishing in particular is that there’s little that you can do to prevent it. Fortunately, you can take proactive steps to avoid becoming a victim.

Catfishing isn’t reserved for the gullible, but catfishers are more likely to target people who they believe aren’t as vigilant about online security. Dating sites, social media and apps offer perfect opportunities for cyber criminals because they’re easy to join and require little effort. In order to prevent a catfish from succeeding, take the following precautions when browsing your favorite social media sites:

What to Do If You’ve Been Catfished

If you suspect that you’ve been the victim of catfishing, then there are some steps that you can take to recover. First, make sure that you’re actually dealing with a cat-fishing situation. What is catfishing, again? It’s an intentional scheme to trick people into a relationship, whether for personal gain, boredom, mockery, cruelty, a personal vendetta or money. No matter the reason, catfishing is a deliberate attempt to deceive. Once you’ve investigated your online relationship and determined that it’s false, you can proceed to direct action, including:

Becoming a victim of any crime can be embarrassing, but many victims of cat-fishing schemes fail to report or speak out against it because they feel that they should have known better. Don’t be afraid to warn friends, family members and your social circle about the dangers of catfishing online. Anyone can get tricked into maintaining a false online relationship, and there’s no shame in spreading the word about your experience. Catfishing happens to a variety of people, and even the best intentions and the best security measures don’t always prevent this unfortunate cybercrime. Still, constant vigilance remains the most powerful weapon against Internet scams. Monitor your social media accounts, listen to your gut and always report suspicious activity.