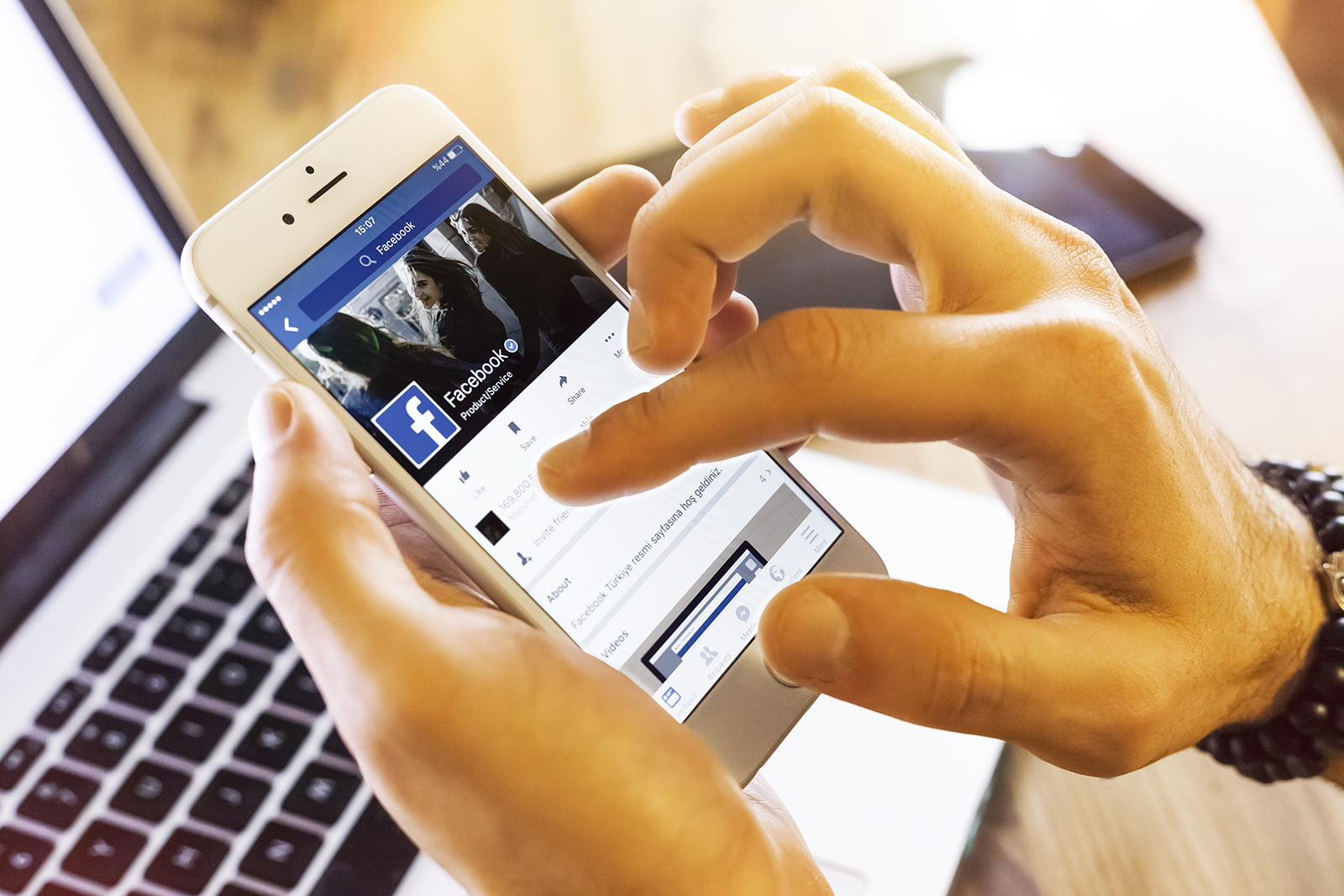 From posting pictures of your trip to Spain to reviewing music, chatting with friends and buying shoes, Facebook has become an online community unto itself, enabling us to connect, explore and browse without ever leaving the site. When Facebook launched back in 2004, it was only accessible to a handful of college students, and the site looked a lot different than it does today. You might not be surprised that there are about as many Facebook users as there are citizens in China, but you may not know that nearly 84 percent of Facebook users live outside of the U.S. and Canada.

With so many users worldwide, there’s no doubt about Facebook’s impact on everyday life. But despite the ubiquity of social media, its security isn’t all that it’s cracked up to be. As people form relationships, upload photos and wax poetic about their political beliefs, cyber criminals take these opportunities to hack into unsuspecting accounts for malicious reasons of their own. Facebook hacking isn’t just a possibility – it’s a reality.

Between impersonator accounts and fake profiles, Facebook has unintentionally welcomed hackers with open arms almost since the start, and it’s a problem that’s only getting worse as hackers get more sophisticated and technology gets even better. Even now, with Internet security a top priority for companies everywhere, examples crop up showing us yet again how vulnerable we are to attack. Why does it happen, and how can you prevent it? Facebook takes cybercrime seriously – as does the U.S. government – and there are ways to reduce your risk of being hacked.

You might assume that a strong password and online vigilance would prevent your account from getting hacked, and while these are good strategies, they aren’t always enough. In 2013, Nir Goldshlager, a so-called “white hat” hacker, identified a serious flaw in Facebook’s Applications security. The bug allowed him to bypass security authorizations on pre-installed Facebook apps, such as Messenger, and tap into user accounts without permission. A white hat hacker is someone who identifies security issues for a living by trying to hack into a company’s system, and they’re usually rewarded for their efforts. In addition to awarding Goldshlager, Facebook remedied the security flaw immediately.

In March 2016, another white hat hacker proved that Facebook’s security system still needs work. Anand Prakash, an Indian product security engineer, found a loophole in Facebook’s “reset password” feature, a system that lets you reset your forgotten password by giving you a 6-digit code to log in.

On the regular site, you have a limited number of attempts to log in using that code before the system kicks you out. Prakash tested the feature on two of Facebook’s beta sites and discovered that these systems allowed an unlimited number of password attempts. Using brute force methods, he was able to hack into his own account without needing a password. Facebook awarded him $15,000 for his efforts – called a “bug bounty” in the industry – and quickly fixed the problem.

While it’s clear that Facebook takes great pains to find and address security loopholes, sophisticated hackers can easily bypass the system. If Prakash hadn’t discovered the flaw, then all 1.6 billion Facebook users would have been at risk for Facebook hacking. Think about how much information is stored on your personal account. From payment methods to personal information, a hacker would have a field day with the amount of data available via simple brute force tactics.

The Reality Behind Fake Profiles

You’ve seen fake profiles before: celebrities that aren’t really managing their accounts, your friends’ pets and kids, and other pages designed as inside jokes among friends. These accounts are okay since their intended purpose isn’t to harm, threaten or scam you out of money. Most people can spot a fake, but it’s not always easy to know when your friends’ accounts have been hacked. From phony business pages to imposter accounts, you need to know how to identify a real page from a fake one. The difference could save you time, frustration, money and even your life.

First, there are some terms that you should know. In this case, “fake” and “imposter” aren’t always interchangeable because the intent isn’t always the same.

As the name suggests, an imposter account is an account that’s created without the original person’s or business’s consent. You might have seen pages for companies like Disney World that offer too-good-to-be-true giveaways for sharing the post or clicking “Like.” Here are a few tips for identifying an imposter business, media figure or brand page:

People create fake or duplicate brands and businesses as ploys to steal money, information or your identity. Facebook governs how a business can conduct itself on the site, so if you see something suspicious, report the activity. If those sweepstakes sound too good to be true, then they probably are. Poor grammar, oddly phrased sentences or inconsistent details – such as a logo discrepancy – are also good indicators that you’re seeing a fake page.

You might not have trouble spotting a fake professional page. But what about your friends’ accounts? Have you ever gotten a friend request from someone you were already friends with? This might be a simple case of your friend deactivating and reactivating his account, but it could also be a sign of Facebook cloning. And while cloning might not seem like a big deal at first, it’s considered a form of identity theft, which makes it a serious cyber crime.

As outlined above, Facebook cloning happens when an imposter steals all of your information and creates a duplicate page. What’s the point in that? For starters, a Facebook pirate can gain valuable information by cloning your account. Hackers and pirates alike want information – data that they can use to steal money, create fake identities and accomplish larger criminal goals.

When your account gets cloned, the hacker has access to your friends’ lists and possibly other critical information, such as your email address and any payment methods that you’ve got tied with Facebook. Once he has your information, an imposter can manipulate your friends into giving him money. A post about your trip to Philadelphia, for instance, could be manipulated by a pirate to say that you’ve been stuck without access to cash and need assistance. A Facebook impersonator is smart, meticulous and dedicated. She won’t just stop at cloning your account. She’ll block access to the duplicate account from you, which means that you might not even realize what’s happening until one of your friends presses a bit further.

What to Do After You’ve Been Hacked

Despite every precaution, sometimes the hackers win. If you’ve been hacked, then there are ways to recover depending on the situation. First, verify that you’ve been hacked by someone other than a prankster friend. You may have simply left your Facebook page open or vulnerable to a sneaky spouse. If your account has been hacked instead of duplicated, then do the following:

If your account has been duplicated, then you can report the cloned page as long as the Facebook pirate hasn’t blocked your access. If he hasn’t, then simply go to the imposter page and click the link to report it. Facebook will follow up on the request, but you should know that this process can take weeks or even longer to resolve. After all, Facebook has to verify that you are who you say you are – in other words, that you’re not the one who’s copying your imposter.

If you don’t have access to the duplicate page, then you’ll have to take steps outside of Facebook to rectify the situation. File a report with your local police department, and report the cyber crime to the Internet Crime Complaint Center, which is administered by the federal government. These actions may not resolve your situation entirely, but they will alert the appropriate governing authorities about the identity theft. Again, let your friends and family know about it so that they don’t fall victim to scams for money or information. Monitor your bank and credit card statements for suspicious activity, and alert the corresponding institutions to fraudulent charges.

How do Facebook pirates gain access in the first place? It boils down to two important factors: your Facebook privacy settings and your trust in other people. Unfortunately, some of Facebook’s security features leave a lot to be desired. In a maddening twist, you can report that your account has been cloned only by doing so from the duplicate page. If the Facebook pirate who stole your identity has any sense, she’ll have blocked your access to the cloned page, thereby making it impossible for you to do anything about a duplicate account.

More often than not, hackers want to steal your money and information, but there are more sinister reasons behind Facebook hacking. One of these is to spread malware to your friends and family. By acting as you, a Facebook pirate can encourage friends to click on links and videos that effectively load up their computers with viruses. Worst-case scenario, your friends will have every keystroke monitored by the hacker, who can then access bank accounts, online shopping accounts and credit cards.

Fortunately, these instances are rare, and Facebook has some specific security features in place to help you avoid this kind of activity and recover if you’re a victim. While Facebook cloning still needs to be addressed, the company does have a specific procedure for reporting straightforward hacking – where someone hacks into your account and uses it as if she were you rather than creating a duplicate page. Here are some ways to avoid or at least reduce the risk of getting hacked:

These tips can be applied to most websites, especially social media outlets, but there are other, Facebook-specific tips for avoiding getting scammed. These include turning on the notification that alerts you every time you log in from an unrecognized device and enabling the “https” feature for secure connections. You can modify your security settings by going into your account and clicking on the settings link, followed by the security link. Facebook will walk you through the process for setting everything up. You can’t always prevent the worst from happening, but following these steps could help you to reduce the risk substantially.