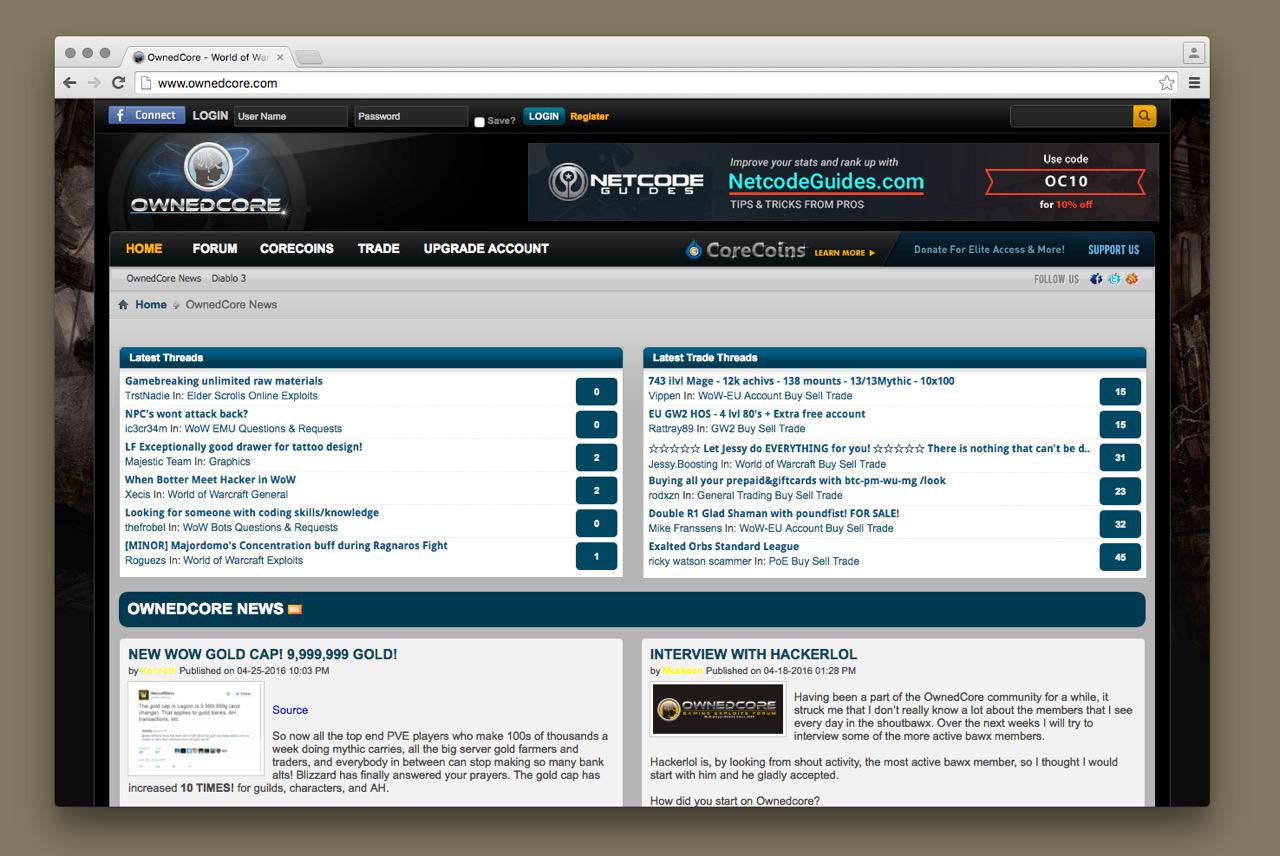 In August 2013, OwnedCore, which is a World of Warcraft vBulletin forum was breached and more than 880,000 member accounts were compromised. The hackers gained access to email addresses, IP addresses, passwords and emails.

As a result of the breach, OwnedCore admins forced all members to reset their passwords immediate and advised members to change any other accounts that may have shared the same password as the one stolen in the cyber attack.

While news of the breach wasn’t made publicly known until 2016, those who were members of OwnedCore in 2013 verify that they were made aware of the breach when it first occurred.